Background on jamavani, our farm and family

Jamavani is situated on the Leeuwdraai breeding farm in the north-eastern part of Gauteng province. It is conveniently located approximately 75km from Pretoria. This naturally beautiful and water-rich land features the Elands river that runs through the farm for around five kilometres.

The farm’s grazing habitat contains a total of eight different plant communities, all ideally suited to the game that roam the land. The vegetation of the farm is characterised by medium to tall woody species on moderately steep hill slopes, with grassland in-between. Small rocky outcrops covered in woody species are scattered across the grassland sections.

Many animal species can be found at Jamavani, including buffalo, sable, kudu, golden wildebeest, impala, giraffe and others.

Jacob Lotter was granted Leeuwdraai in 1870 by the then Transvaal colony. It remained in family hands for some 100 years. The breeding farm lies in the midst of famous game farms in this culturally rich region. It is fairly flat with some undulating portions and is perfectly suited and situated to be used as a private game reserve, which the van der Westhuizen family is now doing.

The breeding property consists of Portion 1 of the farm Leeuwdraai 211JR. It is situated some 75 km north-east of Pretoria in the Nokeng Tsa Taemane Local Municipality. It lies approximately 15 km north-west of the town Moloto, 4 km to the west of the road between Moloto and Rust de Winter.

Leeuwdraai is 1 550 ha in size. The property falls within the envisaged Dinokeng Game Reserve, which spans an area of 240 000 ha.

Average rainfall is around 680 mm per annum. In excess of 15 species of game can be found here.

Many well-known buffalo breeders bought genetics from this region. In 2006, while Leeuwdraai was still part of Dr Bill Venter’s neighbouring Elandsdrift Reserve, Shakawe Game Farm sourced some of their their first buffalo from him, as did the Troskie family and Norman Adami. The Shakawe breeding group consisted of four buffalo heifers and two bulls. One of those bulls is known today as Monster. It was widely known at the time that Bill Venter owned some of the best available buffalo genetics.

Jamavani aims to continue this legacy.

On this beautiful breeding farm, Combretum woodlands occur in shallow rocky soil, while Burkea woodlands are found in deep sandy soil. The herbaceous layer is dominated by various grasses with a low basal cover. Many trees on the farm are evergreen.

The farm provides excellent habitat for the buffalo species. Buffalo are bulk grazers and have a fairly wide habitat tolerance, but require areas with abundant grass cover and water. They prefer open woodland savannah. Buffalo are predominantly grazers, but can occasionally browse.

Leeuwdraai provides natural habitat for sable antelope. This species prefers a savannah woodland habitat. Water and vegetation cover is important to these animals. Open woodland with grassland and vlei vegetation provide a suitable habitat for them. They prefer tall grasses and avoid overgrazed grassland and dense woodland areas. Sable do well in breeding camps where supplementary feed is provided.

The Jamavani breeding operation is ideally situated on the Leeuwdraai farm, with its sustainable habitat friendly to all the species bred here.

Background on jamavani, our farm and family

Family plays an integral role at Jamavani. The brand name is itself an acronym of the Van der Westhuizen family names. The breeding programmes at the farm are all rooted firmly in family values. Doing business in the game industry is dependent on a high level of trust, something everyone at Jamavani holds dear.

Although Jannie van der Westhuizen made his mark in big business, he originally comes from a farming family. After his formal retirement he started investing in high value game farming, a successful endeavour that eventually led to the establishment of the Jamavani breeding farm.

Jaco van der Westhuizen is an engineer like his father. He has contributed immensely towards the breeding activities on the farm.

As a close-knit family, the other Van der Westhuizens all actively support Jamavani. The whole family can often be seen attending game auctions together, all visible in their attractive Jamavani gear. 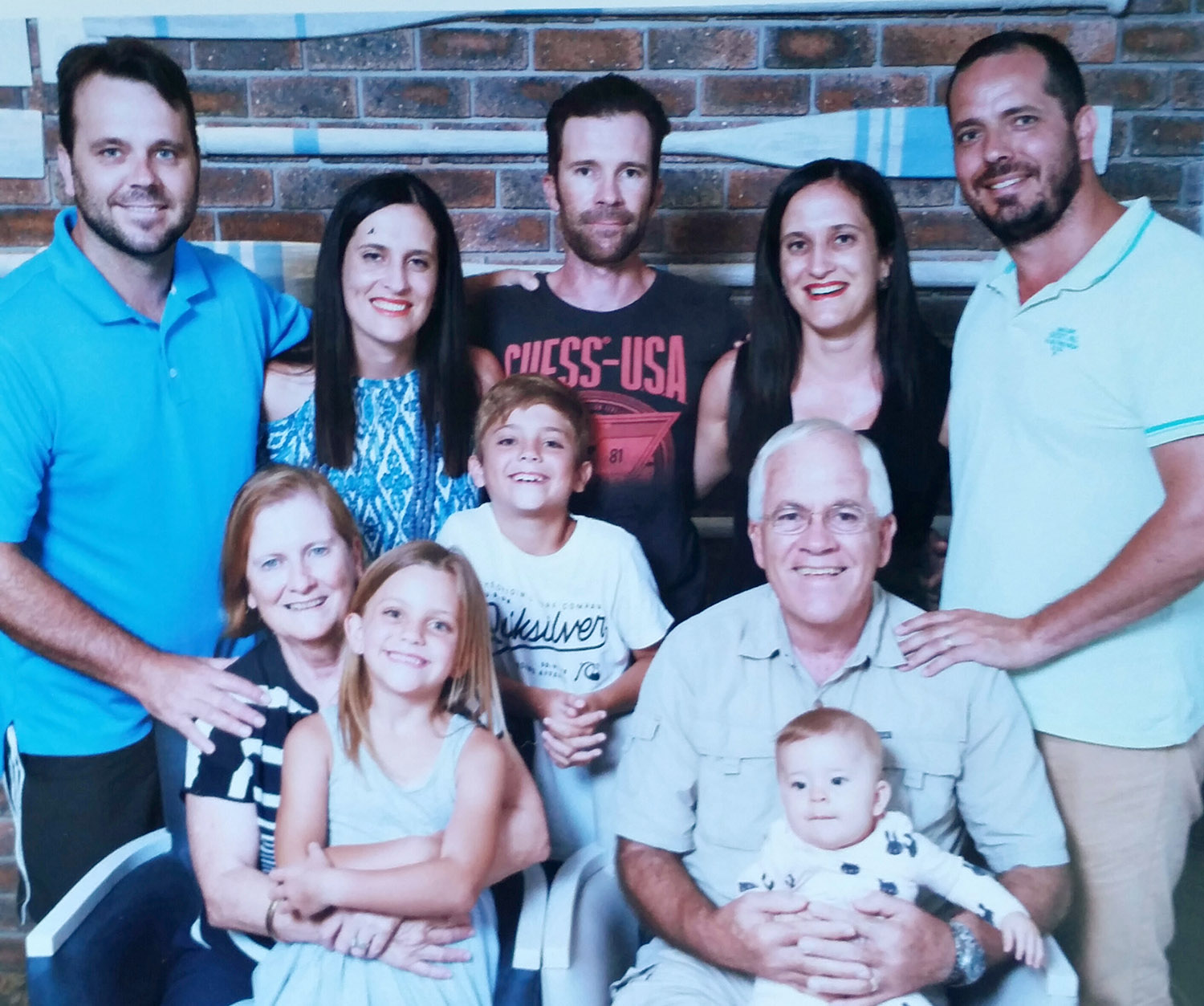 Jannie van der Westhuizen comes from a farming background. His father was a farmer, while his mother’s Vermaak-family was well known stud merino sheep breeders in the North-Eastern Cape.

He became an engineer who later excelled in leadership positions in the petrochemical and mining industries. Jannie led a number of mines to world-class status and won a many awards for excellence in his areas of expertise.

Prior to his retirement in 2007 he bought a farm to experiment with the idea of going into game farming after retirement. Jannie and his family enjoyed this activity so much that they scaled up the farming operation to include concentrated high quality game breeding with buffalo, sable, golden wildebeest and black impala.

From the word go Jamavani focused on preferred genetics to ensure only the best available bloodlines are used in breeding programmes.

Jannie’s wife Alta also comes from a farming background. Her father farmed with cattle and tomatoes in the Modjadji-district. She enjoys creating a welcoming environment on the farm for family and friends, in addition to supporting many of the farming activities.

Jannie and Alta are also the parents of twin daughters, Marelie and Vanessa, who take a lot of interest in the farm and its activities. They each have their own businesses. In their spare time they also play active and important roles in developing the strategies and plans for the farm.

As trustees of the family trust, they are two of the key role players at Jamavani.

The twins married two brothers, Jaco and Coert Gous, who take a similar interest in the farm and its activities. Jaco Gous is a financial adviser and owner of his own business, while Coert is a medical doctor and owner of a trauma unit at one of Pretoria’s hospitals. They spend a great deal of time on the farm and contribute by means of sound council, practical support and interaction with third parties.

All the grandchildren enjoy the farm and love spending time in the veld with the animals and the rest of the close-knit family.

The family considers it a blessing that all family members are interested and supportive of the value proposition brought about by the farm. It has truly become an important passion for everyone involved.